A full veggie breakfast – again! I could really get used to this. As a habitual camper, the luxury of no cooking on this trip felt very special and a hot and filling breakfast washed down with pints of tea really set me up a treat. It was Wednesday, day two of my adventure and I felt well rested after reverting to horizontal soon after dinner. I was on the road before 8.30am and there was a just a slight hint of rush hour on the road out of Malham. No sign of the frost which greeted the previous day and kept me alert for ice. 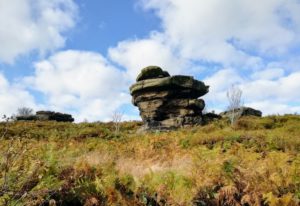 My mind was full of the long miles ahead and I had to remind myself to enjoy the morning which would be tough, Dales miles but on beautiful lanes as yet undiscovered by my wheels. Then more level riding towards York. The early start was intended to allow for arrival by dusk with a relaxed pace. The helpful red and white rose signs successfully guided me along quiet, undulating minor roads. My legs were aware that I was asking them to work hard again after yesterday’s hills and stubbornly took  a while to get into a comfortable rhythm. The weather settled into mizzly with limited visibility so I wasn’t experiencing the Dales at their best. I passed through Burnsall and Appletreewick (if you don’t know it, your pronunciation will be incorrect!) then saw looming above me a vertiginous strip of tarmac leading to a larger road heading apparently across the top of the world. A couple of the steeper bits defeated me but the larger road wasn’t as daunting as it first appeared when I finally arrived at the junction. It was reminiscent of the iconic ‘Cat and Fiddle’ road between Macclesfield and Buxton but with fewer trucks. The descent into Pately Bridge can only be described as ridiculous and I steered into a petrol station forecourt a jibbering wreck! I must have been on autopilot; petrol stations are an Audax rider’s haven, usually at funny hours when all the cafes are closed and sensible folk have gone home. And lo, a couple of cyclists sipping coffee. It would have been rude not to join them.

I hadn’t read the Roses guidebook in depth before leaving home so what was to come came as one of the best surprises in my cycling life. The ride to Ripon via Brimham Rocks and Studley Royal deer park was breathtaking. Greggs hit the spot in Ripon; the view more romantic than the fare! The vale of York then beckoned, through well chosen lanes and initially fairly sheltered. The headwind became stronger as I came closer to York and to further cheer me, a very grumpy man was ‘manning’ the Aldwark toll bridge over the mighty river Ouse. He very tersely urged me on and refused any money – the opposite of Penmaenpool bridge near Dolgellau where skipping the toll would meet with similar disapproval. ‘Can’t do right for doing wrong’ sprang to mind.

York was only an hour or so away by the time I passed through the grounds of Beninborough Hall so I took advantage of the very respectable looking cafe. Fortunately they didn’t notice my scruffy torn bike trousers (there will never be a comfier pair!) or were too polite/horrified to say. Afternoon tea, what 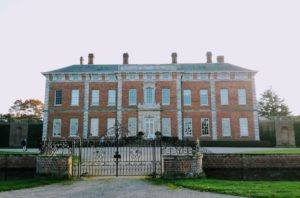 The surreal experience of crossing the east coast mainline led to the last few miles of the day along a riverside cycle path of dubious condition. I was relieved that some other cyclists were a short distance ahead as the path was flooded for large stretches and they seemed to confidently trust the depths. Alone I may have chickened out and had wet feet. A warm welcome and good facilities at York hostel were a fitting end to a challenging but fantastic day out on the bike. I felt fresher than the previous evening and pleased that I had ridden well over 100km for the first time in quite a while without ill effect. Tomorrow would take me further into unfamiliar country and, who knew, maybe even to the east coast?!